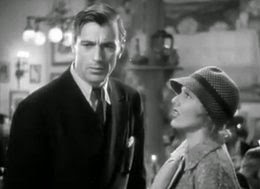 Hollywood is a deeply spiritual place, surprisingly.  This interesting and well-written book about stars who converted to Catholicism reflects this little-known aspect of a place commonly regarded as frivolous and silly.

Mary Claire Kendall's book includes several fascinating anecdotes, such as Hitchcock's moving deathbed confession, Gary Cooper's dropping rosaries at the Pope's feet, and Bob Hope's wife praying for him every day. It is often harrowing to read, however, because the stories of these movie-stars include so many bad marriages, and several of them became addicted to drink or drugs.  Mary Astor's tale of sorrow is especially upsetting.  However, most of them overcame their troubles with the help of the Church and lived long lives.  For example, Bob Hope lived until 93.

This inspiring book is the perfect combination for people who like to read  about Hollywood and Catholicism!