The Spiral Shell A French Village Reveals Its Secrets of Jewish Resistance in World War II. by Sandell Morse

This is a beautifully written book by Sandell Morse in which she delves into the past of the Vichy regime in a small village called Auvillar. She soon runs into difficulties, because of subconscious anti-Semitism, and many of the French desiring to forget the past, and their responsibility for collaboration. However, others do want to talk, and she uncovers amazing stories of the saving of Jewish children, and many acts of bravery and sacrifice. This is also part memoir and part-travelogue as Sandell is reminded of stories from her own past, such as her own family's escape from Europe, and her own strong identification with being Jewish. She also struggles with travelling alone as a woman over 70, and coming up against barriers, such as talking about difficult and sensitive issues. I liked it but it's certainly harrowing at times. I received this ebook from NetGalley in return for an honest review. EDITION Paperback ISBN 9781639640027 PRICE $16.99 (USD)
Post a Comment
Read more 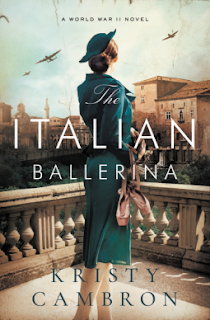 The Scandalous Hamiltons A Gilded Age Grifter, a Founding Fathers Disgraced Descendant, and a Trial at the Dawn of Tabloid Journalism by Bill Shafferfer

Living a Committed Life : Finding Freedom and Fulfillment in a Purpose Larger Than Yourself Lynne Twist, Van Jones (Foreword by)

Building a Second Brain : A Proven Method to Organize Your Digital Life and Unlock Your Creative Potential Tiago Forte

Death of a Heretic by Peter Tremayne

The Fires of Autumn by Irene Nemirovsky

The Private Life of Thomas Cromwell by Caroline Angus