After Camelot by J. Randy Taraborrelli


The Best Of Us And The Worst of Us

“This family, America’s family, at one time or another was the best of us, and the worst of us,” according to J. Randy Taraborrelli.  This comprehensive study of the Kennedy family tells us why this is such a true statement.  This highly entertaining and well-researched book looks at the many tragedies of the Kennedy family, the troubles which they share with many American families, and why millions of Americans regard them as their First Family.  This applies no matter who is the President!

Taraborrelli looks at all of the members of the Kennedy family, especially the younger generation and their failures and achievements.  He has a section on William Kennedy Smith and the Palm Beach scandal, for example, and Kathleen Kennedy Townsend’s and Joe Kennedy’s political achievements. 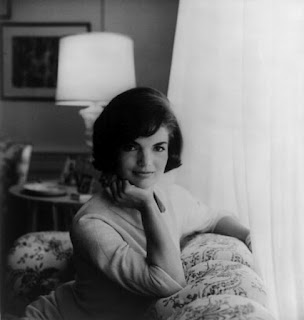 He certainly doesn’t neglect the past generations, however.  He gives the background of the Kennedys and their wives in detail and includes new revelations.  These include an in depth section on the financial negotiations concerning Jackie’s marriage to Ari Onassis and whether there was really anything wrong with Rosemary.

Toraborrelli also gives thorough accounts of the Kennedy’s impressive achievements.  These include the great political success of Jack, Bobby, and Ted, of course.  However, he also has large sections on  the achievements of the wives, such as Eunice Shriver’s founding of the Special Olympics.

The book also studies the Kennedy’s flaws.  Especially noticeable is their rather ruthless treatment of outsiders.  This didn’t just include the wives.  Ted was apparently not too pleased by Sergeant Shriver’s political ambitions. Most of the Kennedys and Ted didn’t go out of their way to help Shriver achieve political success.

Many people probably don’t think that we need yet another book about the Kennedys.  However, they’re a fascinating family and some of us feel that there will never be enough good books about them!  This is an excellent addition to Kennedy biographies, although it is very long.