In The Front Row. How Australian Fashion Made The World Stage by Simon P. Lock

When Simon Lock told important Australian fashion designer Peter Morrissey about his idea for an Australian Fashion Week, Morrissey said that he didn't know who Lock was or how he would pull it off, but he loved his vision and his passion.  Simon P. Lock needed every inch of that vision and passion to fulfill his dream.  He encountered several obstacles along the way, including huge debt, negative press and even betrayals by designers.  He tells the story in imitable style here, and enlivens the book with his anecdotes about many famous people. Anita Keating gave him a lot of help with afternoon teas at The Lodge and Cate Blanchett was also a big fan. 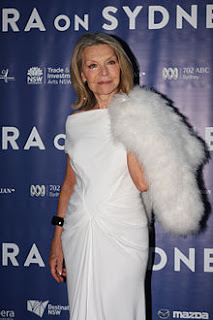 When Lock began his career in fashion, Australian fashion designers were little-known.  Australia was regarded as a cultural desert, and a land of 'ockers'.  It didn't help when a French journalist who was sent here to cover fashion shows criticised Australian designers for ripping-off European couture, and he was right! Lock was actually laughed at in Paris and New York when he wanted to present Australian fashions there.  One person said that taking fashion to Paris was like 'taking coals to Newcastle'.

However, he made it, and now Australian fashion is better-known worldwide, and adds much more to the economy.  Lock ensured that the fashion industry was highly-regarded.

It's a great tale, although it's a bit technical at times.  I would highly recommend this book to anyone who wants to start a business, especially in the fashion industry!