The Temptation of Elizabeth Tudor by Elizabeth Norton 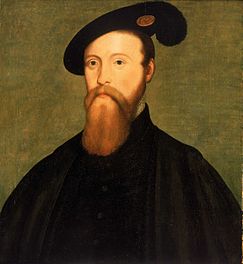 This could have been an extremely interesting book with its tale of a powerful rivalry between two brothers to assert power over the young King and the jealousy of a mature ex-Queen of an attractive teenage princess who gains the attention of the rakish Thomas Seymour.  However, I found Norton's style fairly dry.

I also found her evidence for some of her theories somewhat elusive.  For example, she writes that Princess Elizabeth wanted to marry Thomas Seymour after his wife died.  Most of the evidence suggests that she was attracted to him but she was extremely wary of his attentions. Her statement after he was executed about his having 'much wit, but little judgement' shows that she knew exactly what type of man he was.

Norton also brings up the old canard about a midwife delivering a secret baby in the middle of the night, suggesting that the baby might have been the Princess's child.  Apparently, this story was old when Princess Elizabeth was born. It's an old legend that has been passed down through the centuries and it's based on rumours and supposition.  Many historians have discounted it.  It's probably better than the myth that the famous Queen was a man, however!