Kick. The True Story of Kick Kennedy, JFK's Forgotten Sister and the Heir to Chatsworth by Paula Byrne 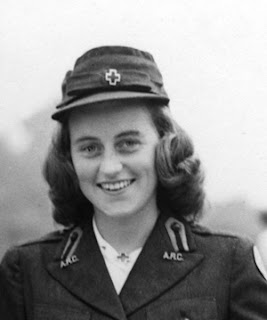 "Photograph in the John F. Kennedy Presidential Library and Museum, Boston. " -http://www.jfklibrary.org/Asset-Viewer/2_EMsRKtaUe4N3hAs4p1DA.aspx
'Kick" Kennedy was a likeable, vivacious, and intelligent young woman who was loved by almost everyone who met her.  This biography by Paula Byrne recounts her happy childhood in a large and boisterous family, her closeness to her beloved brother Jack, her love for England, her deep Catholicism and her anguished love affairs. The many tragedies which affected her life are handled well.Leaming's exposition of her struggle with her struggle with her Catholicism which conflicted with her desire to marry the Duke of Devonshire is especially good.

Kathleen Kennedy really came into her own when she went to England where her father was the American Ambassador during the 1930s. Although his anti-war views were highly annoying and embarrassing, she attracted a lot of suitors.  The young English men liked her 'openness and warmth and lack of pretension.' She was apparently amazed by the drabness of the English girls.

She could choose between many men, but she eventually chose the handsome future Duke of Devonshire who came from perhaps the most anti-Catholic family in England. Billy's parents loved Kathleen but she was put under a lot of pressure to convert to the Anglican church and bring up the children as Anglican, because it was not possible for Billy's future son to be a Catholic and a duke of Devonshire. The Devonshires also had at least forty livings in the Church of England.  Although Kathleen tried desperately to find a solution, there was really no answer to the conflict, because Billy wouldn't marry in the Catholic church and Anglican weddings were not recognised by the Catholic church.  I was a bit surprised that Kick chose to marry in a Registry Office instead, however.

After Billy's brave death, Kathleen chose to stay in England which was now home. As Nancy Astor had told her, once England got into her blood it would never let her go. Although, this marriage shocked the Kennedy's, they had become reconciled to it, and helped her to face Billy's tragic death. Even Rose, a rather fanatical Catholic, had remained close to Kathleen. However, the Kennedy's were in for an even greater crisis later in Kathleen's life...

This book is an excellent addition to any Kennedy collection, and this is an interesting and sympathetic biography of an amazing woman who would probably have achieved great success. However, I did find the writing fairly factual.

Hels said…
I was very interested in the topic of American women marrying British aristocrats, but concentrated on the decades well before Kick arrived in London in 1938. But this is a great story, thank you.

That Kick would died in a plane crash in 1948, very soon after her eldest brother Joe Jr was killed in some sort of war mission, was unbelievable. Their father was some piece of work, but imagine how broken hearted their mother must have been. I say this, even though Rose was clearly distressed by the non-Catholic men in Kick's life.