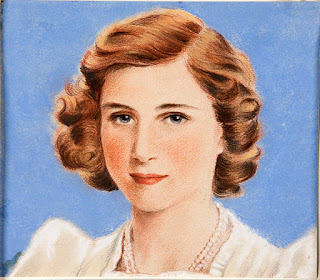 Princess Margaret saw Tommy Lascelles (the Queen's Private Secretary) walking by one day and remarked: ‘There goes the man who ruined my life’.  She blamed him for preventing her marrying handsome and divorced Captain Peter Townsend, the great love of her life. She could have married him, but it would have meant a civil marriage, giving up her title and privileges and a long exile overseas. It probably wouldn’t have worked out anyway, but it was extremely unfair.

Theo Aronson in this rather factual and not terribly sympathetic biography, written while the Princess was still alive, rightly emphasizes this love affair and the huge effect that it had on her life. For example, he writes that she only accepted Lord Snowden’s proposal after she learned of Townsend’s engagement.  As her remark showed, the Princess probably never got over Townsend, not a good way to start a marriage!

Aronson discusses Princess Margaret’s personality, which seems to have been full of contradictions. Her royal duties were underestimated, for example, and she was also very religious with a preference for Anglo-Catholicism. However, this didn’t prevent her living a rather purposeless and jet-setting life which made headlines in the press and having affairs, including a strange one with a much younger and unknown man called Roddy Llewellyn.  She could also be extremely rude, according to this book, and stand very much on privilege.

This is worth reading if you are interested in the Royals or just Princess Margaret. I couldn’t help feeling that some of the anecdotes were rather nasty, however.