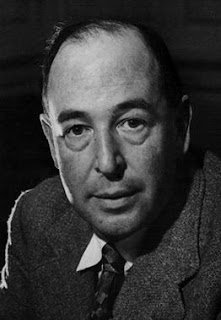 C.S. Lewis concentrated heavily on his incredibly harrowing school days in his autobiography, yet many biographers think that their effect on him has been exaggerated! Professor Poe noticed this, and decided to restore Lewis's young life back into prominence. This was when his tastes and dislikes were formed - the older C.S. Lewis still liked and disliked the same things. This was also when he read the books which eventually led him to Christianity.

Poe delves deeply into Lewis's dark school days, his relationships with his father and brother, his friendship with Arthur Greeves and his atheism and conversion.  He spends much of the book Lewis's reading and how it influenced him to become a Professor of Medieval and Renaissance Literature, and, more importantly, to become a Christian.  The conflict between the materialist philosophy and atheism of his teacher and his spiritual leanings is especially interesting, although heavy.

Any fan of C.S. Lewis will enjoy this deeply thought-out and insightful look at the great man. I am sure that Lewis himself would be pleased with this book!

I received this free ebook from NetGalley in return for an honest review.
Labels: Becoming C.S. Lewis Harry Lee Poe