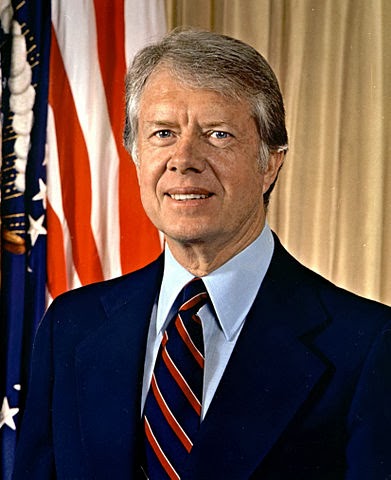 I really enjoyed this look at the presidents through the eyes of a former White House photographer. Although the writing didn't flow at times, the book was full of charming and amusing anecdotes.  The one that I especially liked was the tale of the woman photographer who continued to go on press trips after her husband died even though she had no clients! She sounds like a real terror.  She barged into the ladies at one stage and found all the stalls occupied, so she opened one, and 'ripped' the poor lady off the toilet, yelling at her that she was on a deadline.  On another occasion, she refused to pay the bill for the mini-bar, and she emptied all of the bottles from it onto the reception desk.

Presidential Picture Stories may change your opinion of some of the presidents.  I was surprised to learn that President Carter regarded the photographers as 'little people' and never acknowledged them, and that Nixon was surprisingly nice to them even during the Watergate scandal.