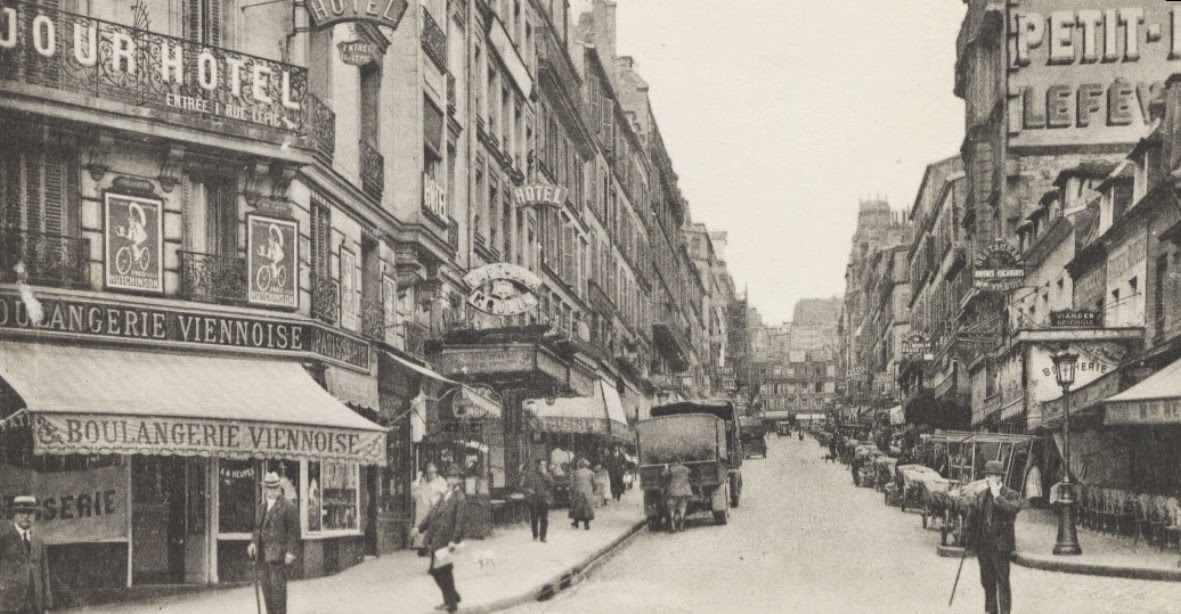 (Montmarte in 1925 from Wikipedia Commons)
Eva, a struggling seamstress at the Moulin Rouge in the early 20th century, becomes attracted to the magnetic young artist Picasso. But he already has a mistress who calls herself his wife, and Eva is ambitious to further her own career. This isn't easy when she has to deal with bossy women, such as Misinguett. Things come to a head when Picasso is accused of stealing the Mona Lisa. Can Eva still resist his charms, or will she help him?

This is the perfect novel to read in France, especially in Paris, but it's a lovely book to read anywhere. Anne Girard captures the romantic setting beautifully, and the historical characters are well-rounded and ring true to life. Eva really was shy and innocent by all accounts, and Picasso was fought over by women. The descriptions of the Moulin Rouge and the artistic scene are interesting, and made me want to find out much more.

I look forward to Girard's next novel!