Village of Secrets: Defying the Nazis in Vichy France by Caroline Moorehead 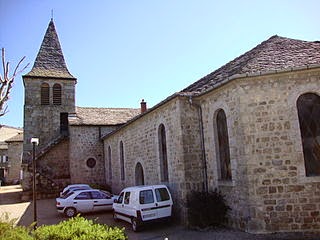 Church at Le Chambon-sur-Lignon by Havang, Wikimedia Commons
This interesting and harrowing book tells the story of brave men and women in a small village, Le Chambon-sur-Lignon, on the Plateau Vivarais-Lignon who managed to save hundreds of Jewish children from the Gestapo in Vichy France.  This area had a long history of Huguenot and Darbyist resistance to authority that helped them show great courage and hide the children in remote farmhouses, village attics and pensions. Many of the leaders were eventually caught by the Germans, and some paid the ultimate price.

This well-researched story tells how pacifist Protestant pastors, such as Theis and Trocme, showed great leadership, inspiring the villagers to show courage. They were helped by several people who organised refuge for the children, including Catholics.  But when the Germans finally took over the unoccupied zone, the French had to fight back. As Moorehead writes: "Almost unimaginable brutality -persecution, violence, murder - was now being carried out by the French against the French. Whenever they could, the Resistance fought back."

There are many fascinating characters in Village of Secrets, including the beautiful one-legged Virgina Hall who worked for the SOE and the OSS.  She sometimes hid important information in her tin leg!

I am almost always riveted by stories of the French Resistance, so I liked reading the book. Unfortunately, I did find Moorehead's writing rather factual and unexciting. However, she writes about interesting subjects, so I will read more of her books.