The Red Wake by Kurt Johnson 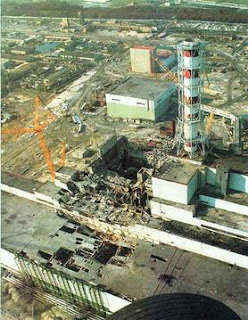 As Kurt Johnson writes: 'History is a substance with weight and the more riven with tragedy the heavier it becomes'.  When Johnson decides to try to understand the world his grandparents left behind, he doesn't realise what he is letting himself in for! This is a dark tale of travels through the remains of a once horrific Gulag, war-torn countries of the former Soviet Union and even deserted Chernobyl with its irradiated animals.

It's all terrifically bleak and most of the people who Johnson writes about seem to be either depressed or strange, but the history is very interesting, especially the conflicts between the Christians and the Muslims and it also makes the yearning for Communism and even Stalin which affects the Russia of today clearer.  It's obviously a very unhappy place and Johnson should be praised for putting himself through all this! He manages to weave history, travel and memoir into a book which is worth reading if you want to find out more about the former Soviet Union.

I received this book from Net Galley in return for an honest review.
Labels: former Soviet Union Kurt Johnson The Red Wake