A House in the Mountains : The Women Who Liberated Italy from Fascism Caroline Moorehead 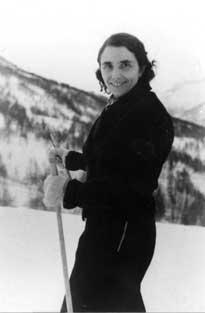 Four young Italian women all came from Turin, a city in the Piedmontese region, which had a long history of independence and rebellion. They would need this more than ever to face Mussolini's harsh laws and the viciousness of the Nazi occupiers. These young women and their friends in the Italian Resistance had to cope with 'death, air raids, violence [and] penury' instead of the quick victory promised by Mussolini.  These women and thousands of others printed underground newspapers, organised escape routes, helped to sabotage transport, stole explosives and even became commanders of bands. Although the Italian Resistance didn't receive much help from the Allies for various reasons, they formed a united force and managed to liberate Piedmont and the north on their own. The heroines of the book also stayed actively involved in politics.

This book is quite harrowing and upsetting, but fascinating, and it should restore the reputation of the Italian Resistance, and it informs readers about the little-known and hugely important role of the women involved in the Resistance. Sometimes, there are lighter moments. For example, Ada went to a political meeting, and she was only one of two women not dressed as if to go to a party! It seems that Italian women retain their sense of style even in the midst of chaos.

I received this free ebook from Edelweiss in return for an honest review.
Labels: A House in the Mountains : The Women Who Liberated Italy from Fascism Caroline Moorehead