The Making of Markova by Tina Sutton 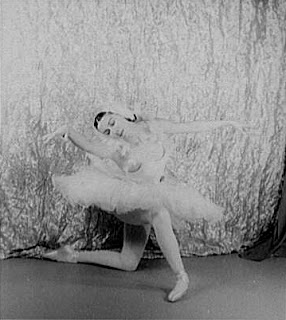 After Anton Dolin took the great ballerina Alicia Markova out for an evening's entertainment, he expected to be asked in to have a nightcap. Markova was too proud to invite him, however, because she lived with her widowed mother and her three sisters in a tiny two-bedroom flat with a kitchen, and she didn't want him to see it.  Even though she was successful, she still had to do household chores, another reason for the lack of the invitation.

Markova thought that ballet was an enchanted fairy-tale world that helped people to forget their troubles, and like many others, she was inspired to join it by watching the wonderful Anna Pavlova.  However, Markova's actual life was quite tough, and she paid a high price for devoting her life to ballet, because she never married or had children.  She also had to cope with losing her father early, supporting her mother and sisters from a young age, and vicious anti-Semitism that affected her career.

Ballet-lovers will enjoy this biography of the hard-working and self-reliant, but ethereal ballerina.  My only complaint with this book is that Sutton seems to me to praise her to the skies, indicating that she perhaps fell in love with her subject.  I was a bit surprised by this, because I read an account of Markova's temperamental outbursts by one ballet impresario, and Tina Sutton doesn't write much about conflicting opinions of the lovely ballerina.
Labels: Alicia Markova Anna Pavlova Anton Dolin biography Alicia Markova Tina Sutton