Secret Lives of the Tsars: Three Centuries of Autocracy, Debauchery, Betrayal, Murder, and Madness from Romanov Russia by Michael Farquhar 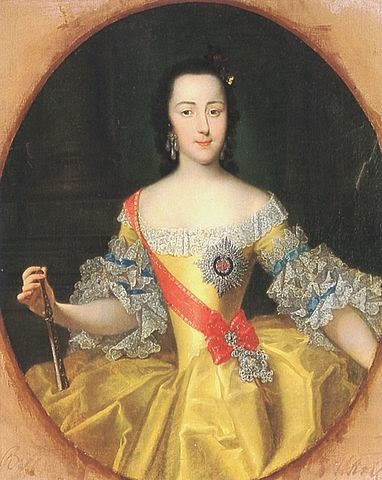 I found the beginning of this book a bit gruesome for my tastes. Most of Russia's Tsars were either terrifying, mad, drunk or promiscuous.sometimes they were all three! For example, Ivan the Terrible killed people at the drop of a hat; Peter the Great beheaded one of his own mistresses; and Catherine the Great thought that sleeping with young men would keep her young.

This book is a somewhat frivolous look at the lives of the Tsars until the war with Napoleons when it becomes more serious. Farquhar also writes about the terrible end of the Romanov dynasty well, although he is extremely hard on Empress Alexandra, appearing to blame her for bringing the Russian Empire down. He does, however, include Kerensky's quotes about the royal couple. Kerensky found them both charming and serious, and he reversed his bad opinion of them.

This is a useful introduction, but it's unsuitable for students at university.
Labels: Imperial Russia Michael Farquhar russian history russian royalty secret lives of the tsars Tsars tsars of russia