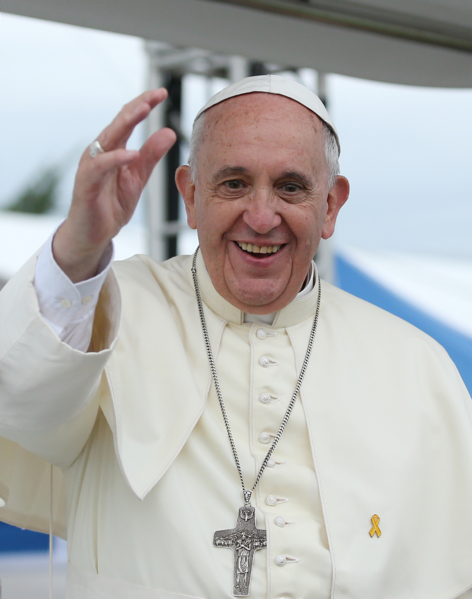 Pope Francis chose the name 'Francis' because Saint Francis was the man of the poor and a man of peace..  This clever, sympathetic and kindly Pope is arguably trying to live up to his name. For example, he said that he'd just go with the guys on the bus after being elected, and he often attempts to be a peacemaker.

This book is full of wise quotes from the reforming Pope who surprises everyone by sticking to the principles of the Catholic church but also being understanding about minorities, such as gay people.  This book includes quotes on controversial subjects, such as euthanasia and abortion.  But it also has helpful quotations for Christians, such as the experience of the dark night of the soul and learning how to love.  He said that: 'No one knows how to love; we learn every day'.

This is a book that many Christians and admirers of the Pope will want to keep as one of their treasured books.
Labels: Julie Collazo Lisa Rogak Papal quotations Pope Francis Pope Francis in his own words