My Life with the Saints (10th Anniversary Edition) by James Martin, SJ 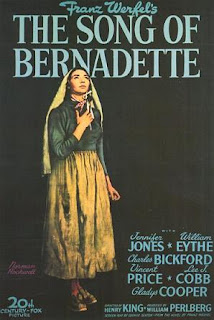 Father James Martin's life with the saints began when he sent away for a small statue of St. Jude, the saint of lost causes. However, he grew embarassed about his little figurine and only took it out on special occasions.  He had a similar attitude towards his faith, until he struggled with a life as a businessman that he found meaningless and saw a documentary about Thomas Merton which changed his life.
Father James Martin's

He read Merton's autobiography and went in 'search' of him.  Merton struck Father Martin as bright, funny and creative - someone who could have been a good friend.  He also struggled with the big questions, such as the purpose of life and 'Who is God'?  Father Martin felt an invitation to the monastic life after reading Merton's book.

When he entered the monastery, he discovered that many of the Jesuits had special attachments to saints - one told him that he thought of them as siblings who gave advice and counsel. Martin began to read more about them and he learned that he could 'easily recognize' himself or parts of himself 'in their stories'. He read about the bravery of St Joan of Arc who also introduced him to the language of the saints,  studied the life and the great spiritual exercises of St Ignatius of Loyola, and read about the sufferings of St Therese who said that she would send a 'shower of roses' after she died.

I was a bit amazed to read that he had never seen The Song of Bernadette before he entered the monastery! I wasn't brought up Catholic, but it was on TV here often when I was young. He writes movingly about my favourite saint, St Bernadette, and how she helped him to remain true to his personal vision, and about his pilgrimage to Lourdes.

This is a wonderful book about Father Martin's relationship with the saints, what he learns from them and how they help him.  It will certainly assist all Christian readers to grow closer to the saints themselves. For example, I felt a bit down last night and decided to ask St Jude to pray for me. This immediately made me feel better and gave me a feeling of peace.

I received this free ebook from Net Galley in return for an honest review.
Labels: Catholicism James Martin My Life with the Saints Song of Bernadette