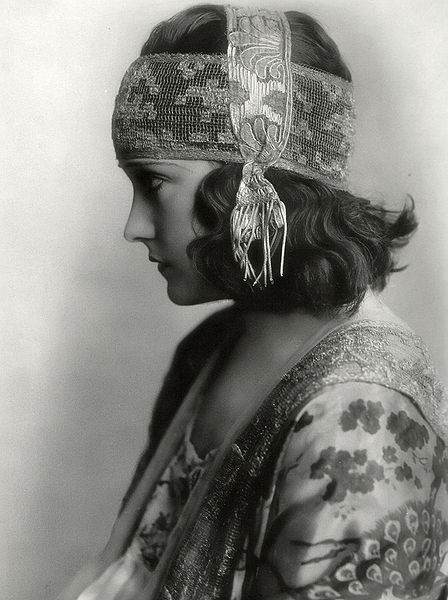 Gloria Swanson was certainly an amazing woman, and this enjoyable study of her life doesn't let her down.  This great actress also produced her own films, set up an invention company, helped Jewish refugees to escape to the U.S. and became a dress designer.

Welsch analyses Swanson's film career and her conflicted relationships with directors, including the distinguished Cecil de Mille.  Unfortunately, some of her films are lost now, and others are never shown on TV.  The best-known is Sunset Boulevard, in which Swanson gave one of the best performances of her career.  This sympathetic look at the actress also goes into depth about her struggles to produce her own movies, and her money troubles.

Swanson, who had five husbands (!), was rarely treated well by men.  Welsch tells the tales of her betrayals by de Mille and Joseph Kennedy, and her fraught relationship with the love of her life, her third husband, a French Maquis.  The problem was that Swanson had a distant and alcoholic father, and she wanted a strong, father-figure who would also support her.  Surprisingly, this extremely modern woman was rather trusting where business was concerned.