Murder on the Quai by Cara Black 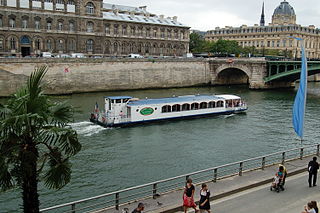 This clever detective story by Cara Black will keep you turning the page until the very last minute!

At the beginning, Aimee, the young daughter of a detective, is struggling with her medical degree and upset with her handsome boyfriend who has left her for another woman.  She is also angry with her father who has disappeared and left her to run an errand to help a cousin Elise, whose father has been murdered.

Aimee becomes more and more involved in the search for the killer, which involves her in a lot of dangerous journeys through seamy parts of Paris.  When other men are murdered in similar ways, Aimee starts to wonder about a connection.  Does it have anything to do with the war and the Resistance?

I really enjoyed this exciting tale. Aimee is a very likeable, brave and well-rounded character and the atmosphere of 1989 Paris is so vivid that I felt that I was travelling through its famous streets with her.  She is even amusing at times.

There were a few flaws, I thought. I found the story a bit complicated and I felt that the ending was devised to make readers want to read the next book in the series.  However, I would want to do that anyway!  I wasn’t sure about the politics at times.

I received this free ebook from Edelweiss in return for an honest review.
Labels: Cara Black detective stories set in Paris Murder on the Quai