Lara : The Untold Love Story and the Inspiration for Doctor Zhivago Anna Pasternak 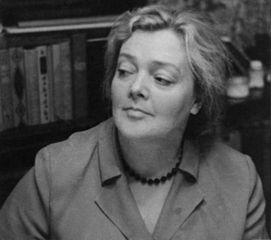 Boris Pasternak, the author of the classic Dr Zhivago, 'characterised his life as a fight with a reigning and triumphant triteness for a freely playing human talent'.  He suffered a great deal and he was persecuted by the authorities, but, according to legend, Stalin said: 'Leave him in peace, he's a cloud dweller' and protected him from arrest. Instead, the love of his life, Olga Ivinskaya, his mistress for forty years, on whom he based his wonderful Lara, was punished by the totalitarian regime.

Incredibly brave, she was sent to the gulag and interrogated while pregnant with Pasternak's child, but she came out of her questioning 'victorious'. Olga spent many years in the gulag twice under horrendous conditions (she had to work in fields all day in baking heat or bitter heat and eat gruel) and never betrayed Boris Pasternak. She was constantly persecuted because of Boris, but she had wonderful inner strength, which shines through in this book.

This is a harrowing but well-written and moving book by Boris Pasternak's great-niece, but it is also the tale of an incredible writer, Pasternak'sfascinating love story with the real 'Lara' which is very similar to the one in the book and his struggles wth the regime. Anna Pasternak certainly describes the evils of the Soviet Union in great detail.  Sometimes, it is hard to face the story but this is a must-read for anyone who loves Dr Zhivago.