A Letter From Italy by Pamela Hart 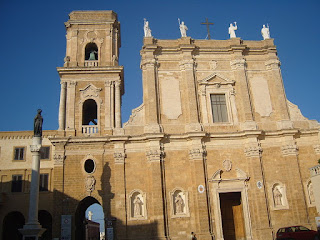 This beautifully written historical novel set in the dangerous Italy of World War One kept me riveted to the page. The story involves Rebecca, a young Australian war correspondent, who is in Brindisi with her handsome husband, Jack, who is also a journalist. When Jack sets off to chase stories, Rebecca wants to advance her career and she is anxious to write articles about the Royal Australian Navy which is stationed in Italy. Although she dislikes Sandro, an Italian-American photographer staying with his grandmother, at first, they start working on stories together and she soon finds herself increasingly attracted to him.  The problem is that they are both very Catholic and Rebecca is married…
This was a moving love story and it became more exciting as Rebecca and Sandro look for a possible traitor in their midst and journey into war-ridden territory, as Italy is under siege from Austria. It’s also extremely well-researched with information about the interesting background to the novel and further books to read in the Author’s Note at the back of the book.  Although I liked Christianity being central to the lives of the main characters, I also found it a problem that Rebecca was married and attracted to someone else at almost the beginning of the book.  However, this did create great dramatic conflict.

I am looking forward to reading more books by Pamela Hart.