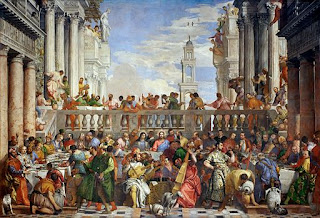 Napoleon looted art from most countries in Europe during his march to conquer the continent. This comprehensive and well-researched book mostly tells the story of his theft of Veronese's huge Wedding Feast at Cana, but it also discusses his avaricious looting of other art and artifacts, and his collections at the Louvre. Napoleon wanted to legitimise his art looting by showing how cultured and intelligent the French were, according to Cynthia Saltzman. He wanted to show that they were the true inheritors of the Enlightenment. I was really more interested in reading about Napoleon's looted art generally, and I got a bit tired of reading about Veronese's painting, so I found the second half of the book easier to read.