A Spy in the Archives by Sheila Fitzpatrick 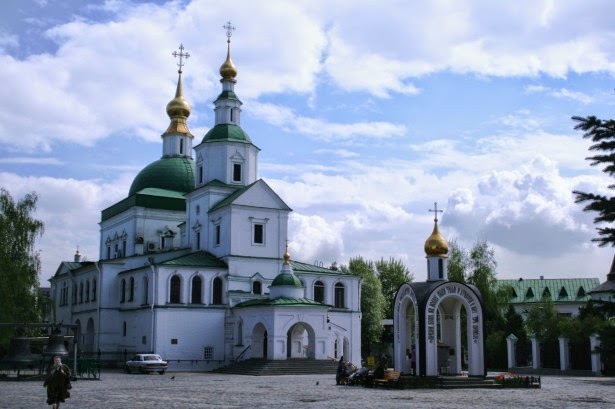 I love to read exciting spy novels, so I was hoping that this would be a real-life account of adventures in the Soviet Union.  Some of this autobiography was very interesting, but some of it got quite dull, unfortunately.Fitzpatrick hated Oxford, surprisingly, and she wanted to be one of the first to study Soviet history, so she jumped at the chance to go to Moscow and do research.

She didn't like Moscow at first.  However, she grew to like wandering around and seeing beautiful unexpected sights, such as tiny Russian Orthodox churches, in spite of the discomforts.  She also made friends with members of the Lunarcharsky family who related gossip and fascinating tales.  Fending off seductions by spies added to the excitement.

However, Fitzpatrick does write about her battles with the archives and the bureaucracy a lot.  This was dull, so it's best to skim it.  Anyone interested in Soviet history will probably enjoy this book.
Labels: A Spy in the Archives Lunacharsky Sheila Fitzpatrick Soviet Union