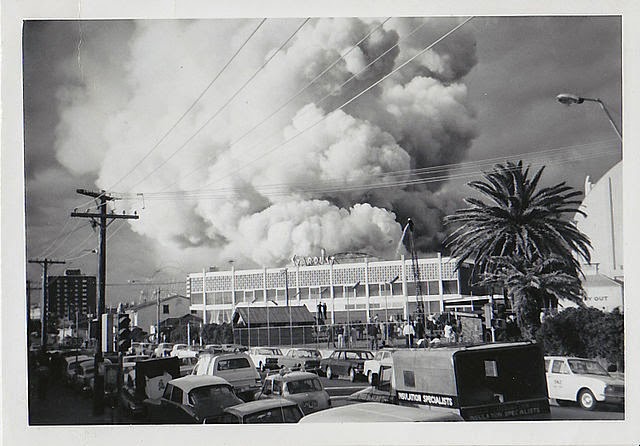 When troubled cop Charlie Berlin investigates serial murders of young girls in St Kilda, Melbourne, he enters a world of seedy discos and photo labs.  He also has to deal with corrupt police, a brash young sidekick and a rebellious son.  He is also plagued by memories of flying Lancaster bombers during the Second World War and his time as a POW. Unfortunately, his investigation makes these memories worse, because one of the girl's father is a German who seems familiar.

Luckily, Berlin has a beautiful and helpful wife who is a great comfort to him.  She also assists him with witnesses, because they think that she is 'groovy'.

McGeachin builds the tension skilfully, so that the identity of the murderer is a shock.  He also paints the atmosphere of 1960s St Kilda with its hippies, milk bars and dilapidated old houses so that it rings true.  His writing is easy to read.

However, I'm afraid that this was just too gruesome for me, and I prefer 'cosy' mysteries.  I prefer Penguin's swish Phryne Fisher series, also set in Melbourne.