A David and Goliath Battle. When Britain Saved The West by Robin Prior 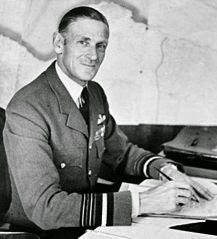 In the dark days of June 1940, Britain stood alone against the Germans.  Most of Europe including much of France was under German control; the British army had been expelled from Europe; the major allies were crushed, and the Dominion armies were small and distant.  Prior tells the story of how Britain overcame these terrible problems, and why he thinks that Britain and not the United States ultimately saved the West.

Historian Robin Prior gives a well-researched and well-written account of Churchill's fight against the appeasers, the fall of France and how Dunkirk inspired the British to keep going until the end.  His account of the Battle of Britain and the importance of radar and tactical skills is especially comprehensive. His discussion of Air Chief Marshall Sir Keith Park's role is also excellent - apparently he was quite the hero! Prior explains how the British managed to win this battle even though they were often outnumbered by 8:1 and the Germans attempted to induce mass panic by the terror of the Blitz.