The Romanov Sisters by Helen Rappaport 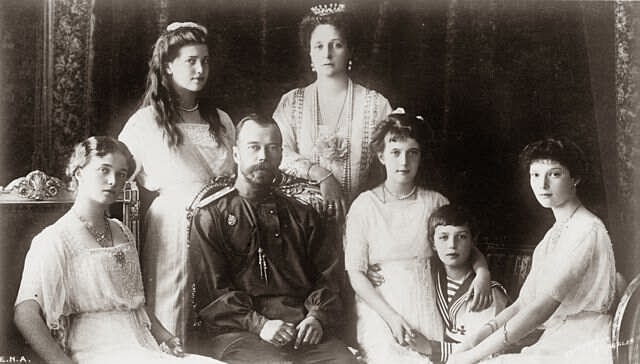 This beautifully written and thoroughly researched book by Helen Rappaport brings the four young girls to vivid life and tells their tragic story with great sensitivity.  There was sensitive and outgoing Olga, organized and efficient Tatiana, sweet Maria, and mischievous Anastasia.  These girls were forced to live an extremely constrained and surprisingly austere life because of fears of terrorism, their brother's haemophilia, and their mother's determination that they should lead simple and rather thrifty lives.

They rarely had a good time and their mother's constant illnesses and unsocial behaviour didn't help them.  Many relatives were shocked by the way in which Empress Alexandra brought the girls up - they led isolated lives and they were hardly ever permitted to go to balls and dances even when they grew up.  Her reliance on Rasputin, although understandable, must have been yet another strain on the young girls.

Many people in society also disapproved of Empress Alexandra's making the girls into volunteer nurses during the First World War.  They thought that this prevented the monarchy from maintaining its mystique, and that this was unsuitable work for the Grand Duchesses.  The Grand Duchesses should be praised for coping with this dreadful work so admirably and without much complaint.

Rappaport certainly does the story of these lovely young women justice.  My only complaint about the book is that I think that she is a little too waspish about Empress Alexandra at times, however.  I find the Empress difficult to like as well, but Rappaport seems to be quite hard on her being ill much of the time.  She could hardly help that!

This is highly recommended for any lover of Imperial Russian history.  I was very pleased to get the ebook free from Net Galley, but I'll certainly buy the paperback as well!
Labels: Alexandra and Nicholas First World War Helen Rappaport Imperial Russia Russian histor The Romanov Sisters