A Layman's Guide to Philosophy by Cyril Tomkins 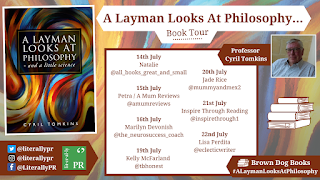 Welcome to my review for the blog tour of A Layman's Guide to Philosophy by Cyril Tomkins. 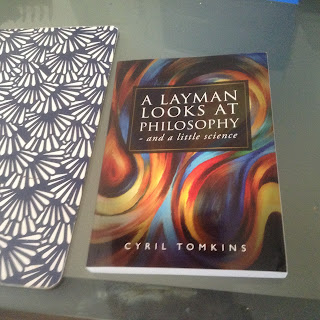 Cyril Tomkins discusses big questions in this book, including those of ethics, religion, government control and health. He is also concerned about the origins of philosophy, consciousness and the mind. It is sometimes hard 'to get a grip' on this book, because he covers such a lot in it.

I found the sections that I mentioned above were interesting and accessible, however, some of the book was heavy-going and a bit difficult for a 'layman', I think. It is more of an academic book than 'pop' philosophy, so a touch complex for the beginner. I thought that Tomkins's discussion of the vexed conflict between government control and public health, which took coronavirus as an example, was very relevant, and included several thoughtful points. He really managed to hit the nail on the head here! However, being religious, I didn't agree with his views on religion, which are quite dogmatic, although he argued them well. The section on political philosophy is excellent, and provided a good definition of Marxism.

This book is worth reading for anyone very interested in learning about philosophy.

I received this book from Literally Pr in return for an honest review.